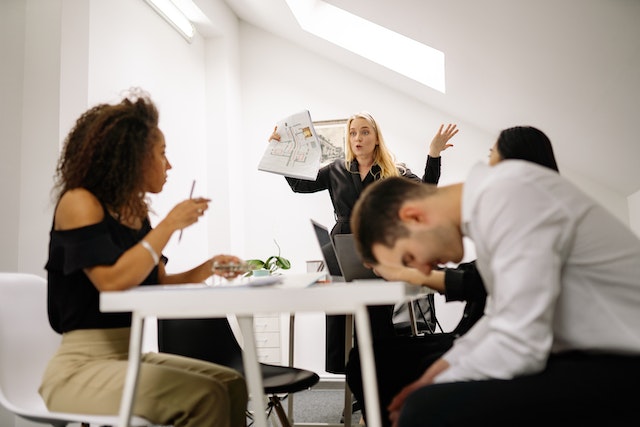 How to Manage Conflicts at Work

It’s completely normal for disagreements to occur among employees, with customers, and between business partners. However, when healthy debate turns into heated argument, no one wins.

Choose the relationship over winning the argument
In the midst of an escalating disagreement, it’s easy to overlook the long view of the relationship. You can often stop conflicts you’re directly involved in before they escalate, if you think about what will it take to preserve the relationship, rather than how you can win the argument. To put things into perspective, ask yourself, what will I gain by arguing in this specific situation that I’m right and the other person is wrong? If you are trying to defuse a conflict among others, try to set up a time and quiet space to talk about team goals and past achievements. For the moment, don’t try to resolve the conflict; just redirect their focus on finding common ground, changing their mindsets, and creating a feeling of connection.

Avoid blaming others
We’re all human and we all make mistakes. In healthy work relationships, it should be safe to own up to a mistake. Pointing fingers at a culprit or blaming others only increases tension and perpetuates argument. When a mistake happens, focus on making things right and work together with those involved to identify lessons learned for the future.

Don’t ignore simmering resentments
Address tensions directly and promptly. Sometimes simply acknowledging that friction exists in a relationship can help prevent escalation. There are times when friction is more likely to occur, for example, when employees must adapt to change or in times of heightened pressure, such as deadlines. Prevent resentment from taking shape by preparing employees and providing incentives or rewards for getting through tough times.

Focus on facts
Whether you’re involved in an argument or managing employees who are in an argument, insist on facts. Reframe statements that are based on rumor, inferences, and interpretations.

Empathize rather than criticize
Before saying what’s wrong with the other person’s view, try to say something that demonstrates your understanding of their position. This shows you’re listening, and if you’re listening, you’re more likely to be open to resolution. If you manage employees who are engaged in conflict, invite them to articulate the opposing view and to calmly state what they agree with and what they don’t agree with. It’s a first step towards breaking away from an either/or mindset; i.e., either I’m 100% right or the other person is 100% right.

In many cases, conflict at work is unavoidable. But by understanding why it happens—and knowing how to deal with it when it does—you can keep your emotions in check and help employees stay calm as you work towards a resolution.